MITCH FINISHES GOLDEN SUMMER ON A HIGH & THANKS BATTERS 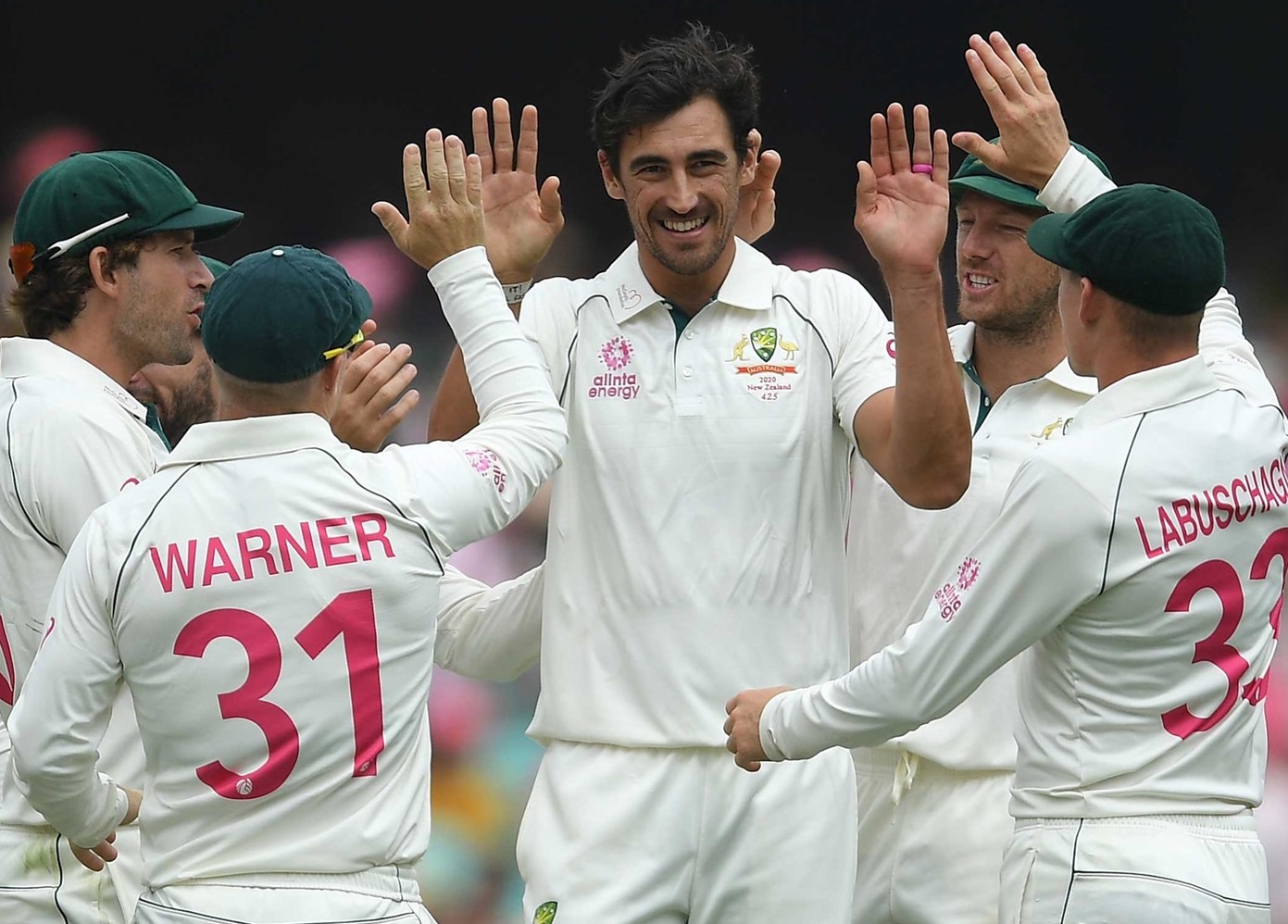 After completing his best Australian summer yet with 29 wickets at 17.44, Mitch paid credit to the big first-innings totals Australia’s batters produced across the 5 Test summer.

Big first-innings totals were a goal for the Australians this summer, one that was comprehensively achieved to the delight of a very grateful bowling unit. Time off the field is like gold to bowlers, allowing them to recharge and refresh while drastically reducing the risk of injury. Australia’s batters racked up first innings totals of 589, 580, 454, 467 and 416 to put the hosts in a commanding position and gave the bowlers at least one extra day to rest each Test match.

It led to the Australian attack helping to deliver five victories in as many matches over a home summer for the first time since the 2013-14 Ashes.

“All the big first-innings totals the batters got, gave us a bit more time off our legs as bowlers to rest up and come out hard in second innings or a couple of back-to-back days throughout the summer. It was a fantastic all-round effort for the batters and bowlers and everyone contributed in the field as well.”

Mitch was the chief destroyer for the Australians this summer, picking up 29 wickets at 17.44 and striking at the amazing rate of every 34.2 deliveries. The prolific period is the first with a slightly tweaked bowling action, one he tinkered with at the start of the summer after a poor outing in a Marsh Sheffield Shield match at the Gabba. It might look as simple as the left-armer keeping his bowling arm closer to his hip during the load-up phase of his delivery, but that small adjustment has brought big rewards.

While Mitch took the most he was quick to point out it was collective effort from an extremely tight bowling group.

“We’ve spent a lot of time around one another on and off the field, for most part we’ve grown up with one another as well,” said Mitch.

“Nath’s a little bit older but he’s the GOAT (Greatest Off-spinner of All Time) and you saw this week what a fantastic job he can do when he’s on the money. He’s been fantastic all summer again, for the quickies we just love playing cricket together along with ‘Gazza’ (Lyon).”

Mitch now has 244 Test wickets and only needs another two to enter the top 10 of all time Australian bowling list. Australia’s next Test series will be in June when they play away in 2 Tests against Bangladesh.