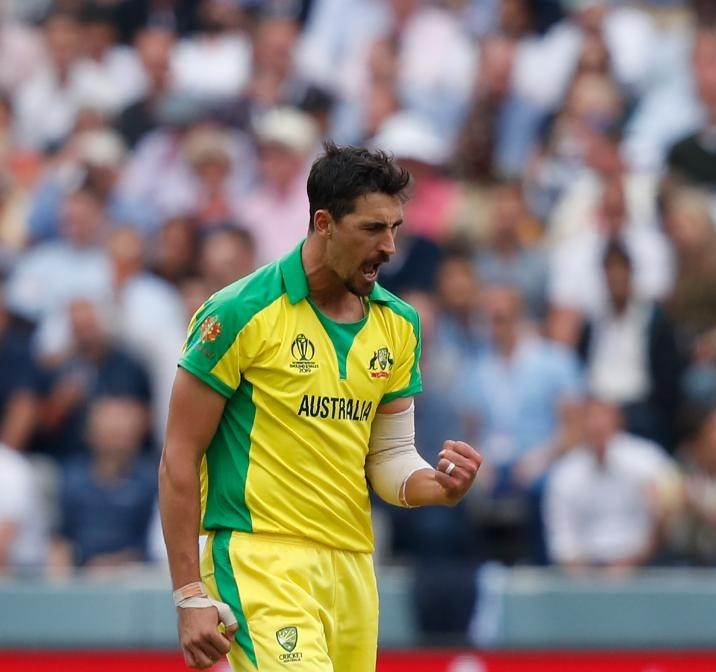 England were undone by Mitchell Starc, the leader of the Aussie pace attack at Lords in London. However, rather than it being one in the twilight of Mitch’s career, it was a bowler at the peak of his powers.

Mitch’s effort was an ominous message to those hoping to dethrone Australia as world champions. Those rivals didn’t need a reminder of Mitch’s pedigree as the best fast bowler on the planet, but he delivered one anyway.

Mitch took 4-43. A brilliant in-swinging length ball did Joe Root LBW. Then he dismissed England captain Eion Morgan. But it is the glorious way in which he ended Ben Stokes’ brave resistance, that will live long in the memory.

Stokes was gaining steam towards a century and serving as the glue holding together an unlikely England fightback from 53-4 in pursuit of 286. But there was nothing he could about the ball that ended his stay 11 runs shy of a hundred.

Mitch produced a superb yorker that swung into the base of the off stump and left Stokes kicking his bat in frustration. Afterwards, though, he seemed to accept it was a delivery he could do little about.

“It was a good ball, yeah,” Stokes told reporters. “Ninety miles per hour reverse-swing yorker,” he added with a nervous smile.

Nervous would be an understandable emotion for England and the other contenders to be feeling with Mitch in this kind of form.

“I’m in a really good place, physically, mentally and with my cricket and just loving being part of this group and contributing to the group as well,” said Mitch.

To say life’s not too bad may be putting it mildly. After being named player of the tournament in the last World Cup, Mitch is now the leading wicket-taker in this one with 19 and has a sensational average of just 21.07 in ODI cricket.

Mitch believes he and Australia are capable of even more as they look ahead to the semi-finals with their last-four spot already sewn up.

“It’s been a lot of fun at the last World Cup and again in this World Cup to have a group with a lot of smiles on their faces. We’re playing some really good cricket but we’re still searching for that complete performance. We’re building nicely for the back end.”

Few could argue with that assessment and, with Mitch firing, many may be reconsidering England’s status as tournament favourites and attaching that moniker to Australia instead.